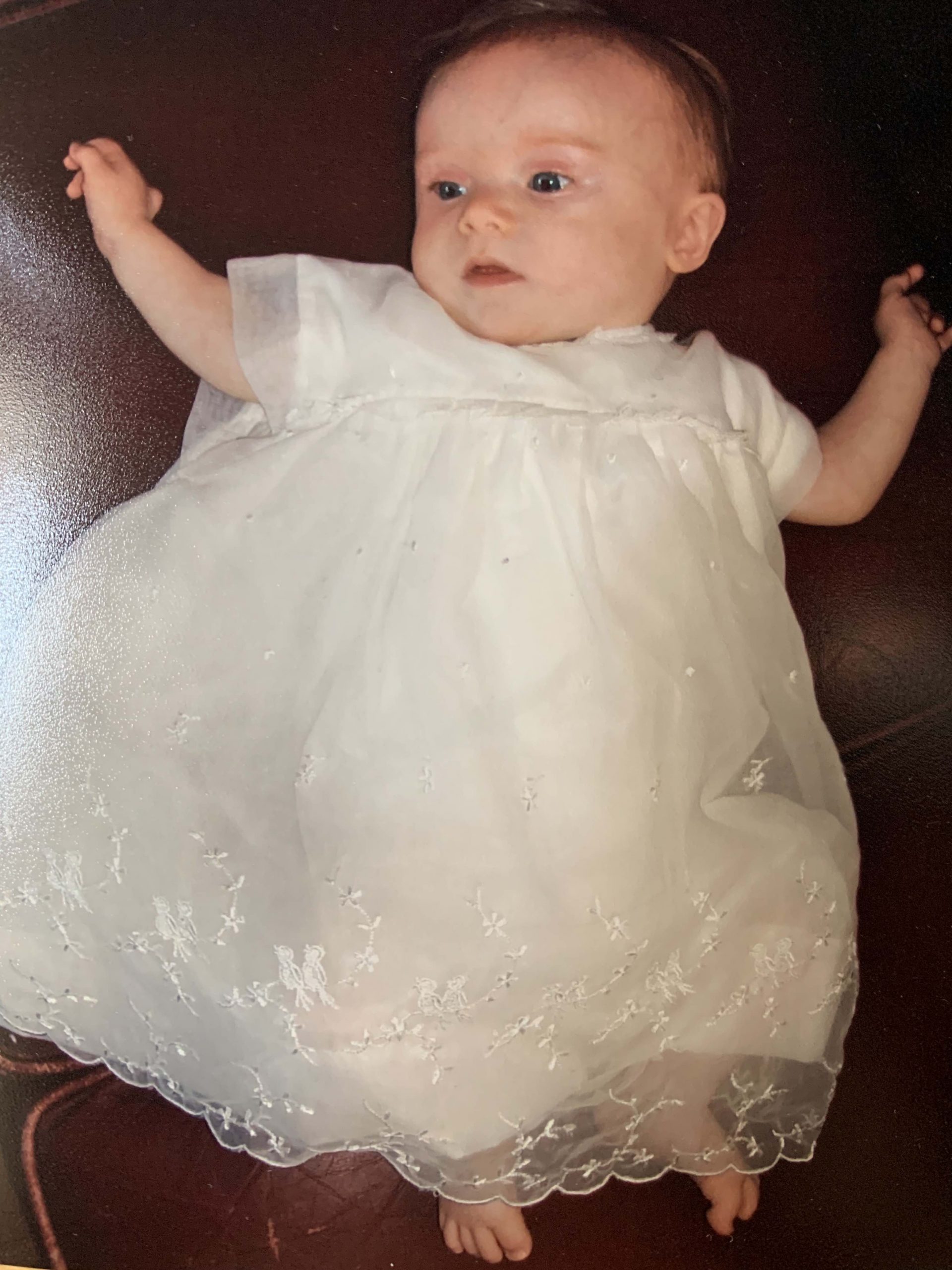 Martha was going to have open heart surgery, probably within the next few weeks. We were told it was a relatively straightforward operation, but nevertheless there was a small risk of death or serious complications from the procedure. The doctors put this risk at between one and five percent. That might not have sounded too terrible, but I had recently faced similar odds of having a child with Down Syndrome. If we could be unlucky once, we could be unlucky again.

I tried asking what would happen if Martha didn’t have the operation, but the doctors didn’t really want to discuss that option.

‘She needs to have this surgery’, they told me firmly.

I did my own research online and learned that, without surgery, Martha faced increasing pulmonary hypertension, heart failure, failure to thrive, and death at an early age. There was no escaping it: she needed the surgery.

I decided I wanted her to be baptised as soon as reasonably possible. This wasn’t quite as straightforward as it sounds. Adrian and I were both Christians, but while I was Catholic, he was Baptist.* To complicate things even more, we had both been Baptist when we got married, but I had become Catholic some years later, at about the age of thirty. The story behind my conversion to Catholicism could fill another book, so I will not attempt to explain it here.

But our different church affiliations hadn’t always been easy to negotiate, and we had had to work out some compromises. By the time Martha was born we were all attending the Baptist church together as a family, and I was also going to the Catholic church alone.

I was sad that none of my children had been baptised in the Catholic church which I saw as my spiritual home. I had prayed for many years that somehow things might shift in our rather uncomfortable church arrangements. But Adrian had been hurt by what he saw as my betrayal in becoming Catholic. It wasn’t a subject we talked about much any more.

Now we had a baby with a life-threatening condition, facing surgery with an uncertain outcome. We had already arranged to have Martha dedicated in the Baptist church.*  I asked Adrian if we could also have her baptised by the Catholic priest. He agreed at once. Like so many things with Martha, it was bitter-sweet. Here was the baptism I had dreamed of and prayed for for so long. But it was happening because our child was damaged and in danger.

Why was Martha’s baptism so important to me? I don’t think I believed God would look on her with anything other than loving tenderness, baptised or not. But I wanted to give her every protection possible. I was completely unable to pray myself at this time. I couldn’t even pray for Martha. But that was all the more reason for seeking the prayers and blessings of the wider faith community. She needed more help than I could give her on my own.

I have said that my faith was on ice at this time. I felt little or nothing when I attended church. Probably I was angry with God for giving me Martha, but I was afraid to explore those feelings. I didn’t have the emotional headroom to indulge in such dangerous speculations. But I was mostly glad of the routine and the normality of churchgoing; it provided a safe space to be lost inside. The external frameworks of faith supported me, rather as a tree might support a weak and floppy plant beside it.

So we had two ceremonies of blessing: a dedication service at the Baptist church, and a Catholic baptism. Both were beautiful.

At her Catholic baptism Martha had water poured over her head as the words of baptism were pronounced. Then she was anointed with holy oil, wrapped in a white shawl and given a special candle. All this signified her new life in Christ. Despite her littleness and her vulnerability, she received the same gifts as anyone else.

For the Baptist dedication service I chose a Bible reading which spoke to me of God’s tender care for small and weak children like Martha:

I think I wanted this passage read out in church to tell everyone not to despise my pathetic baby. But there was something else too. I needed to learn not to despise her myself. These words proclaimed that little, disabled children were powerful, the greatest, defended by front-ranking angels. I wasn’t sure that I believed that yet. But I had an inkling that Martha had lessons to teach me.

We were moved by the concern and support of people in both our churches. Elderly ladies whose names I didn’t know came up to me with gifts of toys and promises of prayers. They said Martha had touched their hearts. Sometimes I felt rather like the minder for a minor celebrity.

Our Baptist church even organised a special prayer meeting for Martha one evening shortly before her surgery. There must have been at least thirty or forty people, gathered just for us. I remember feeling grateful but embarrassed. I sat beside Adrian in the pew, head bowed, eyes closed, guiltily longing for it all to be over so we could go home. I had no idea whether all these prayers would make a difference. I knew everyone meant well. I knew they were being kind. I knew they believed. But I felt cold and empty inside.

How could I trust God? He had let Martha be born with Down Syndrome and with a hole in her heart. Who knew what else he might decide to do? I didn’t dare address him, not even in silence. I was afraid his mysterious goodness was too alien, too dangerous. I never doubted that God loved Martha; I loved her myself, so that part was easy. But how that love might choose to express itself – who could say?

This year’s journey had already proved so unpredictable. The ambivalence of my faith reflected my wider sense of travelling in uncharted seas. No longer in control of my own destiny, I was a passenger in a boat I couldn’t steer. I had no idea where we were going next.

*Baptist Christians believe that baptism should not be given to infants, but should be reserved for adults who have made their own profession of faith. Instead of baptising babies, Baptists usually have a service of dedication, where the parents promise to bring up their child in the Christian faith and ask for God’s blessing on their family.

** Scripture quotation from Revised Standard Version of the Bible—Second Catholic Edition (Ignatius Edition) Copyright © 2006 National Council of the Churches of Christ in the United States of America. Used by permission. All rights reserved worldwide.

Letting the Light In: Chapter Seventeen: Communication and Confidence