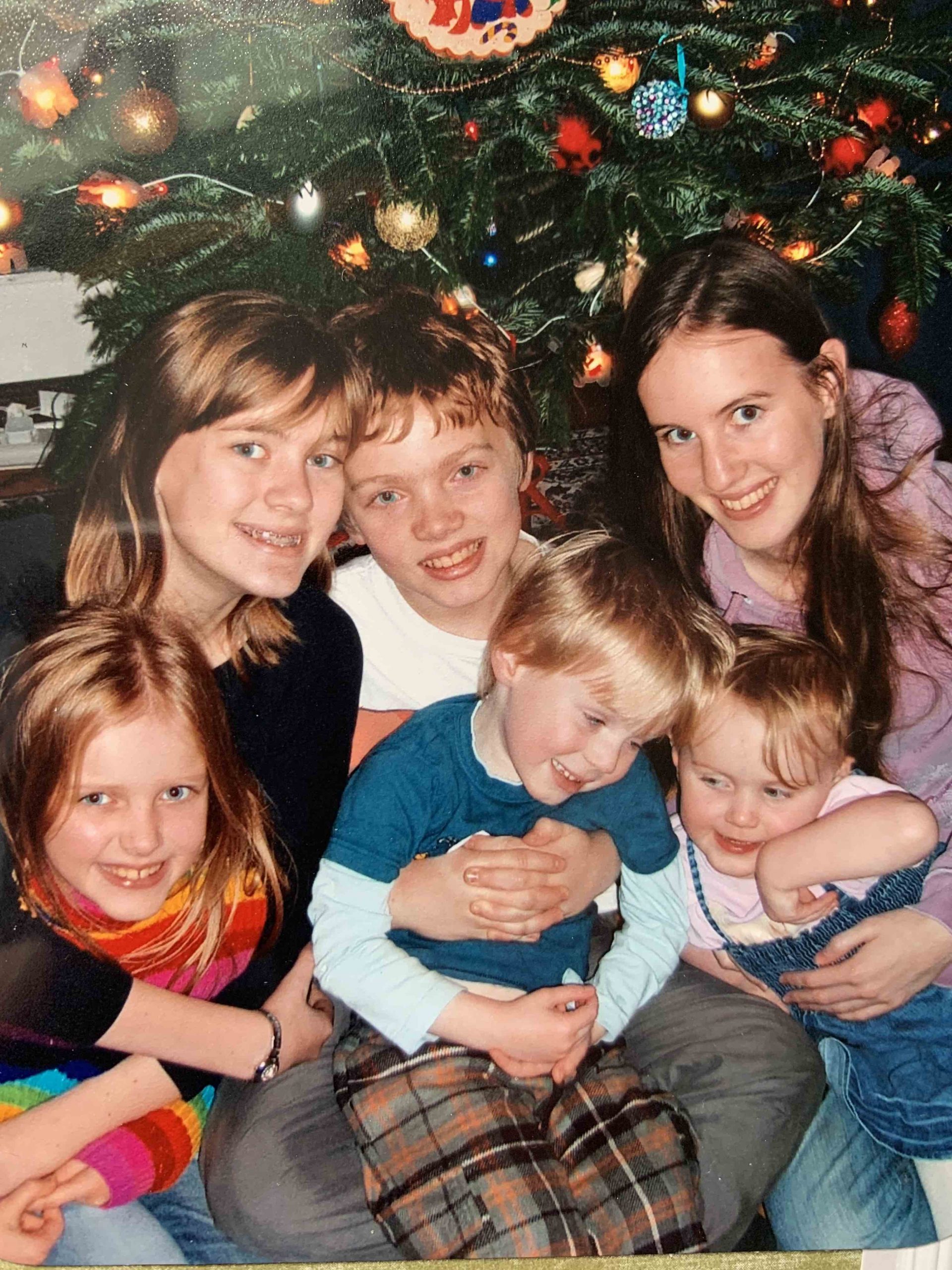 When I tell someone we have seven children I will usually get one (or more) of the following reactions:

‘Oh my God, you must be superwoman!’

‘Are you out of your mind?’

‘Did you plan to have that many?’

‘Yep. Seven. All mine and my husband’s.’

‘No I’m definitely not superwoman. But I am quite an organised person, and I did always enjoy being pregnant.’

‘No idea whether or not I’m crazy. But in plenty of cultures it isn’t so unusual.’

‘Planned? No, not really. Not from the outset anyway. But we love our children and have been blessed to be able to provide for them.’

‘And yes I am Catholic, as it happens. But it’s probably less straightforward than you imagine.’ (More about that later.)

Having a larger than average family kept me busy, but it didn’t seem unreasonably difficult. I had straightforward pregnancies and healthy babies. Our children were well spaced out in age. By the time baby number six, Verity, arrived everything seemed to be going smoothly. All the children seemed happy, and the older ones were getting excellent school reports. Adrian had a well paid job in the City and we had recently moved to a smart five bedroom house in a nice part of Essex. I had gratefully given up my demanding job as a tax consultant to enjoy the luxury of being a full time mum. I felt confident, successful and maybe a little smug.

Queen Elizabeth II called 1992 her ‘annus horribilis’ as she recalled a year in which her family was scarred by divorce, scandal and a devastating fire. Adrian and I experienced our personal ‘annus horribilis’ in 2006, the year before Martha was born.

It began in January with the sudden death of Adrian’s father. Shortly after that, Adrian’s grieving mother was diagnosed with breast cancer. In the ensuing maelstrom of emotions I fell pregnant, but a couple of months later I lost the baby to miscarriage. This hit me hard. We hadn’t planned to have a seventh child, but now I was desperate to try again. Adrian wasn’t so keen.

We organised a holiday to recover, but just as we were about to get onto the plane I received a phone call to tell me my own Dad had died. And then, not long after this blow, Adrian was made redundant from his job. Feeling the pressure of a large family to support, he rushed to find another role. But the experience had knocked his confidence and he wasn’t very happy in his new position.

I remember changing my ring tone on my phone that year because I had come to associate the old chimes with news of disaster. By the end of 2006 we were reeling from what felt like a merciless series of shocks, desperate for some peace and calm.

But in the middle of all this misery I harboured a green shoot of hope. I was pregnant again. This time the pregnancy seemed to be growing normally, and as the months rolled on the new baby came to signify a fresh start. After all the death and loss, surely we deserved something good. 2007 would be a better year. It had to be.

I relished being pregnant. It always made me feel special, carrying new life inside me. I knew this would be our last baby, and I wanted to make the most of every moment. Perhaps it was this that made me almost relentless in my optimism that nothing could go wrong. I had a few moments of doubt, but I was adept at pushing them away.

I recall one afternoon in late summer. I must have been four or five months pregnant. All the children were at school or nursery, and I was sitting in the garden enjoying a cup of tea. The sun was warm on my skin and I breathed in the scent of lavender and marigolds from the pots at my side. The baby wriggled about inside me. I loved this peaceful time before the frantic pace of the school run. This particular afternoon I was reading a magazine article about family life written by a mother of nine children. The youngest child in this woman’s family had Down Syndrome. The writer described how this child had experienced various health problems, but had become an unexpected blessing.

My skin suddenly turned cold, despite the sunshine. For a moment I contemplated the possibility. What if that happens to us? What if our baby has Downs? How could I cope with a child who might have constant infections, heart problems, poor vision, behavioural issues and sleep disturbances, to say nothing of severe learning delays? I had six children to deal with already. It would be an unthinkable disaster.

I knew the statistics. I knew that the probability of having a child with a chromosomal disorder such as Down Syndrome rises steeply after a mother reaches the age of forty. In fact I always used to say I would not have a baby after my fortieth birthday for that very reason. But I had not anticipated our annus horribilis and my aching need to replace the pregnancy lost through miscarriage.

Adrian had raised the risk of Down Syndrome as one of his reasons for wanting to stop at six children, but I had blithely replied that it was unlikely to happen to us. I reasoned to myself that my 1 in 70 age-related statistical chance of having a baby with Downs was about the same as my chance of winning a raffle prize at a school fete. And I never won raffle prizes.

To be honest, my emotional need to be pregnant that year was overwhelming. Maybe I would still have gone ahead even if the chance of Downs had been 1 in 2. I don’t know. But that afternoon I put the magazine aside and consoled myself with the assurance that it would be all right. It had to be. We had already had more than our fair share of bad luck. God wouldn’t give me something I couldn’t cope with. My baby was going to be just fine.

Karen Lawrence is an author and mother of seven living in Billericay, Essex, United Kingdom. Letting the Light In is Karen’s personal account of having a baby with Down Syndrome. It will be published in book form in the autumn of 2021. You can read more of this story and more of Karen’s other writing at her website, https://karenlawrenceauthor.com
If you would like to receive further instalments of Letting the Light In delivered free to your inbox, please sign up at https://karenlawrenceauthor.com/join-the-mailing-list/
Karen’s first book, Finding Your Calm Space: Thirty-One Ways to find Calm in a Crazy World is available from Amazon at https://www.amazon.co.uk/Finding-Your-Calm-Space-Thirty-One-ebook/dp/B08NZ1W9QY/ref=sr_1_3?dchild=1&keywords=finding+your+calm+space&qid=1606147885&s=books&sr=1-3

Letting the Light In: Chapter Four: A Narrow Room

Letting the Light In: Chapter Five: The Phone Call