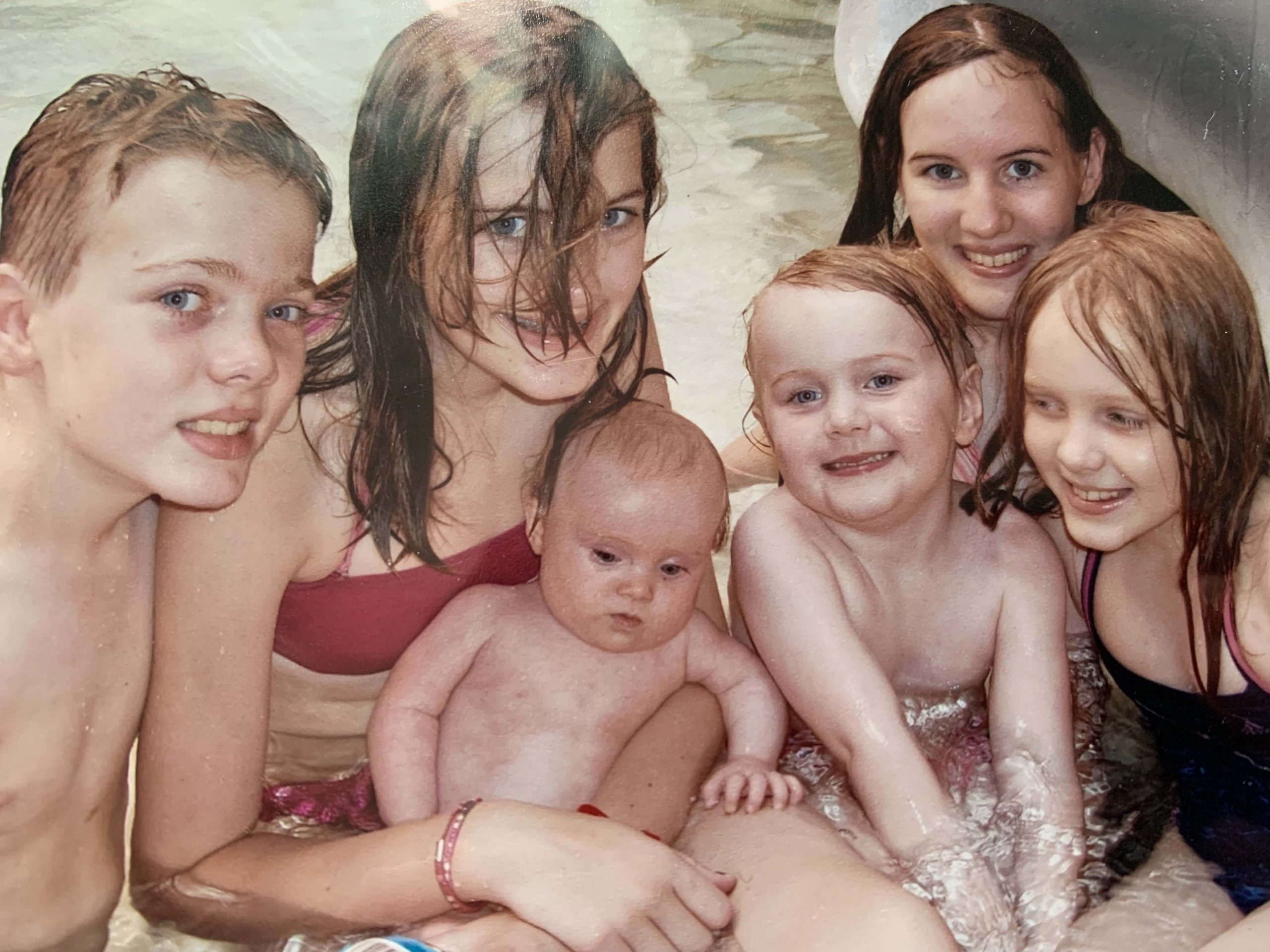 Martha with her siblings at Center Parcs, August 2007

It was a strange summer of waiting. We took Martha to the Royal Brompton Hospital in London where she was reviewed in their outpatient clinic. We were told we would get a date for her heart surgery within the next few weeks. We waited.

The doctors had stressed that the surgery was urgent, so every couple of weeks I phoned the hospital to ask if they had a date yet. Every time I was told it would be soon, probably within the next two or three weeks.

‘Call us again at the end of this month’, they said. So I did. I kept calling, but the message was always the same. It will be soon. Soon, but not yet. The surgeon is on holiday. We need to be sure we will have an intensive care bed for her. We’ll let you know as soon as we can. Yes we understand it’s urgent. Call us again soon.

The weeks turned into months. And we waited.

It was an anxious time. Martha was pale and breathless. Her weight crept along between the second and ninth centiles on her growth chart. But she smiled, and played with toys. She became brighter and more responsive. She tried to roll over, and even sat up supported by lots of cushions.

I was feeding her butter now. Doctor Shah had told me bluntly,

‘Your breast milk is not enough for this baby.’

It was a bitter blow, but the evidence was in front of me. The dietician reviewed Martha’s charts and suggested NG tube feeding.* I was reluctant. I didn’t want Martha to be discouraged from breastfeeding, and I hated the idea of more medicalisation. My baby looked different enough, without a tube taped to her cheek. I also worried that tube feeding would be very time-consuming. Family life with seven children was busy and demanding and I knew the other children needed my time and attention too.

Seeing my unhappy expression, the dietician came up with an alternative. Maybe I could try feeding Martha high calorie foods by mouth. Unsalted butter might work, and special high energy formula milk. But if that didn’t work it would have to be a tube.

I mixed up thick pastes with butter, powdered baby rice, fruit purees and the special milk. Martha was reluctant to drink from a bottle, so I spoon-fed her these calorific concoctions. We varied the flavour with different fruits and vegetables, and she seemed to eat it all happily enough. Fortunately this strategy worked and Martha managed to gain just enough weight without the need for an NG tube. She carried on breastfeeding too, which reassured me. We had been told any infection could be serious, and I knew the antibodies in my milk were protective.

I gave her herbal mixtures as well. Back in the early weeks I had come across a theory that antioxidant herbal supplements, taken in large quantities, might possibly reduce the damage to the developing brain and nervous system in young children with Down Syndrome. I wasn’t sure if I believed it, but I had to give it a try. How could I forgive myself if I missed a possible cure?

So for several months I purchased large tubs of a brownish gunk from an online supplier who assumed me all their herbs were grown organically and harvested at the full moon. Martha ate it all. By the following year the theory had been debunked by clinical trials.** I don’t think the supplements did her any harm, but I was almost certainly wasting my money. I was desperate for a way out and searching hungrily for hope.

Even while I attended hospital appointments and worried over Martha’s weight, I still fantasised about none of this being real. I remember one evening driving along a lane near our home and noticing a half-built new house surrounded by scaffolding. Somehow I convinced myself that the house had been fully built last time I had seen it, and that I had somehow travelled back in time. For several whole minutes I nearly believed this was true. I had miraculously gone back to the time before Martha was conceived. Now I could do things differently. All my problems had evaporated.

For much of Martha’s first year I felt like two entirely separate people. There was the rational, intelligent woman, accepting reality, getting on with life, coping well with her Down Syndrome baby and her big family. She smiled, her house was clean, her children sat in a tidy row in church each Sunday.

And then there was the raving nutcase, this insane idiot who believed in time travel and magic herbs. The mad woman clutched at straws and refused to believe any of what they said about her baby. She still thought one day it would all turn out to be a big mistake. I did my best to bury that crazy me, but sometimes she popped up when I least expected her. Reality can take a surprisingly long time to digest.

One thing that really helped me in these months was Baby Massage.*** A friend of mine had recently trained as a Baby Massage teacher, and she invited me and Martha along to her classes. Unlike some of the other babies who were reluctant to lie still for long, Martha adored being massaged. Calm and tactile, she lay back happily and let me rub her little feet, legs and belly with warm, oiled hands. I massaged her every day at home for months, and these intimate times together helped build the bonds between us.

Although she still showed no signs of developing speech sounds, Martha was becoming increasingly communicative in her own subtle ways. She was very aware of my moods, and I found her to be a loving and soothing presence. Touch was our main language, but it spoke volumes. In her smiles and her physical responsiveness, Martha was already demonstrating signs of the advanced emotional intelligence which characterises many people with Down Syndrome.

We had booked a holiday in France that summer, but I was too afraid of what might happen if Martha became unwell far from home. So we cancelled and arranged a short break at Center Parcs instead. Everything seemed normal enough as we splashed about in the swimming pool and the children rode bikes through the woods. Martha enjoyed sitting in the warm shallow water and playing with plastic ducks and watering cans.

But a shadow was hovering over us; the date for Martha’s heart surgery had finally been set. The week after we returned home from holiday we packed our bags for the Royal Brompton. The waiting was over.

* A naso-gastric feeding tube, or NG tube for short, is a plastic tube inserted through the patient’s nose down into the stomach. It enables feeds to be given directly, and is often used to support children and other people who are failing to gain weight. You can read more here:

**In 2007 the internet was full of suggestions about the benefits of various dietary supplements for babies with Down Syndrome. Clinical trials demonstrated that these expensive treatments had no demonstrable benefits.

***I wrote a longer blog a couple of years ago about my experiences of baby massage with Martha. You can read it here:

Letting the Light In: Chapter Seventeen: Communication and Confidence

Letting The Light In: Chapter Fifteen: You Only Have To Love This Child